What do you see?

Many companies are presented with a lot of information about their business. The big question is what to do with it? What is the message in that information? Modern systems provide KPIs (Key Performance Indictors) and I often hear “That looks about right” when I ask what their KPIs are telling them. When I get that response, I tell clients a real story.

The company concerned was a reasonably sized franchise in a well-known national group. The head office provided a weekly report with multiple important pieces of data about that week’s performance.  I observed what happened each week when the report was printed. The owner read the report and commented “that looks about right” and filed the document. When questioned he said he was comparing the information with what he perceived as normal which in fact was an approximation of what was average. The result of our discussion was the creation of an excel spreadsheet and entering the last 18 months figures for 5 or 6 key indicators. That spreadsheet produced graphs that tracked the individual indicators over that period so we could picture the trends. What we observed lead to some dramatic conclusions.

We congratulated ourselves because revenue was up 26% over the period. Our promotions and other marketing changes had worked well. Unfortunately we had become so preoccupied with that success that we missed 2 important trends.

The number of people coming through the front door had dropped by 11%. Our marketing campaigns had been even more successful than we though because the average sale per customer showed a much higher figure than plus 26%. Knowing the foot traffic volumes was very important when the mall staff came calling with a rent increase. We were able to counter by showing that the mall was not living up to its obligation to attract the public. That crucial information overturned a rent increase of $20,000 per annum!

In businesses handling a lot of cash transactions it is not unusual for there to be a difference between the balance in the till and what should be there. Over time there are fluctuations both over and under but they pretty much even themselves out. Our graph showed a noticeable loss over 12 months which had increased by 50% over the current year to date. The perpetrator was confronted and admitted to the theft. When asked why we shouldn’t call the police they offered to make restitution. The result was a payment of $40,000! The important question is not what you see but what do you understand?

Medical Insurance: Are existing conditions holding you back?

Tax invoices going but what replaces them?

Do you know how much your business is worth today?

Keep work tech at home up to date 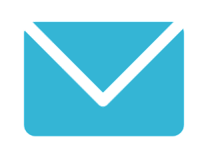